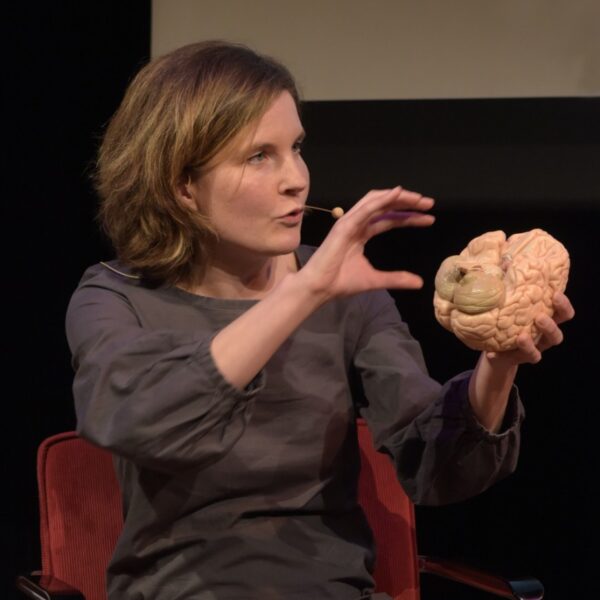 My name is Cathrin Canto and I am responsible for the physiology labs in the Cerebellar Coordination and Cognition (CCC) group. We are interested in unraveling how neuronal firing patterns translate into learning and memory mechanisms. We make use of the cerebellum as a model system to study memory principles in the brain. By combining in vitro with in vivo experiments we can study how ion channels as well as individual neurons in a functioning network can control neural coding and behavior.

I am currently focusing on using extracellular and in vivo whole cell recordings together with transgenic interventions and optogenetic tools to study firing patterns in the cerebellum that help understanding how individual neurons encode motor learning.

In 2003 I received my Bachelor in Bio-medical Science and in 2005 I finished my Master at the Vrije Universiteit (VU), Amsterdam, the Netherlands. In October 2005 I started my PhD dealing with the role of the entrohinal cortex in learning and memory processes at the Norwegian University of Science and Technology (NTNU), Kavli Institute for Systems Neuroscience, in Trondheim, Norway in the lab of Prof. Edvard Moser and the Department of Anatomy and Neurosciences (VU) under mentorship of Prof. Menno Witter. Most of the work was performed at the previously mentioned labs but also in Prof Dr. Huibert Mansvelders lab at the Department of Experimental Neurophysiology (VU), in the lab of Prof Dr. Ole Paulsen at the Department of Physiology, Anatomy and Genetics, University of Oxford, UK and in the lab of Prof Dr Dietmar Schmitz at the Neuroscience Research Center, Charite Berlin, Germany. In 2011 I graduated first at the Vrije Universieit and then at the NTNU in Trondheim Norway. The title of my thesis is: Layer Specific Properties of Entorhinal Principal Neurons. In 2011 I moved back to the Netherlands to study learning and memory mechanisms at the Cerebellar Coordination and Cognition Group at the Netherlands Institute for Neuroscience (NIN, KNAW) together with Prof. Dr. Chris de Zeeuw. I study how individual and groups of cerebellar neurons encode learning and memory but also the effect of sleep on these processes.  In 2014 NWO awarded the prestigious VENI grant for my research and in 2015/2016 I received the Distinguished women in Science award by the Dutch Network of Women Professors (LNVH).

To all researchers To the De Zeeuw Group