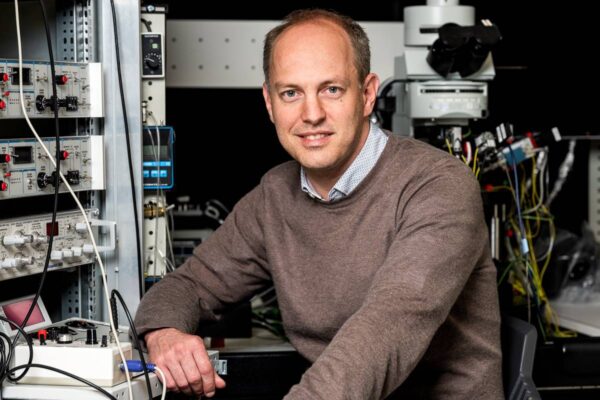 Maarten Kole performed his postdoctoral studies at the John Curtin School of Medical Research, the Australian National University. There, he contributed to resolving the fundamental question about the origin of action potential initiation in pyramidal neuron axon initial segments, by combining simultaneous patch-clamp recordings and computational modeling of axons.

Funded by an ERC Starting Grant (2011) and NWO VICI award (2018) the Axonal Signaling research group focuses on the structure-function relationships of central nervous system axons and their glial components. Using electrophysiological, imaging and optogenetic approaches combined with computational methods they aim to understand the subcellular axonal domains and the fundamental role of myelin wrapping. The studies range from nanometer scale of single cells to the microcircuit level of interconnected neurons in the cortex. Ultimately, the aim of the group is to understand cellular and circuit changes associated with demyelinating diseases such as multiple sclerosis.

To all researchers To the Kole Group