The twelfth edition of the Art of Neuroscience competition is won by the independent artist Daniela de Paulis. With the interdisciplinary project ‘Mare Incognito’, Paulis crosses various fields of research, including radio astronomy, neuroscience, performance art and cosmology. The winner was chosen by a jury out of 112 entries from over 10 countries.

The ‘Mare Incognito’ project belongs to a film recording of a live performance during which the brain activity of deep sleep is transmitted into space in real time. Paulis: ”The project explores the moment during the sleep cycle while awareness seems to dissolve and 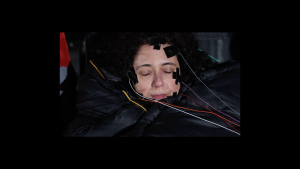 while the self gradually minimizes and detaches from the continuous life narrative. The perceived loss of consciousness during sleep is the only moment in daily life when the thinking process and self-awareness gradually shred into an unfathomable void, an experience possibly similar to the moment of dying”.

‘Mare Incognito’ thus poetically explores and draws reflection upon the process of dying as a daily experience in human life. The performance conceptually links the dissolution and s 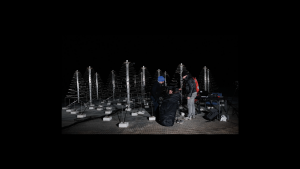 ymbolic death of the self as experienced during deep sleep with the darkness, coldness and vacuum of outer space and explores how such immeasurable forms of space and emptiness might poetically resonate with each other.

The film recording shows the live performance with the artist transmitting her brain activity into space while sleeping amongst the radio antennas of the Square Kilometer Array at the Mullard Radio Observatory in Cambridge. The project brought together neuroscientists specialized in sleep and consciousness studies from the Donders Centre in the Netherlands and the University of Cambridge in the UK. It also allowed the neuroscientists to collaborate with the radio astronomers at the Mullard Radio Observatory and a cosmologist from the Max Planck Institute. The performance has been filmed by Dutch film maker Mirjam Somers and photographer Bas Czerwinski. The film submitted for the competition is a work in progress and will be finalized by early June 2022. 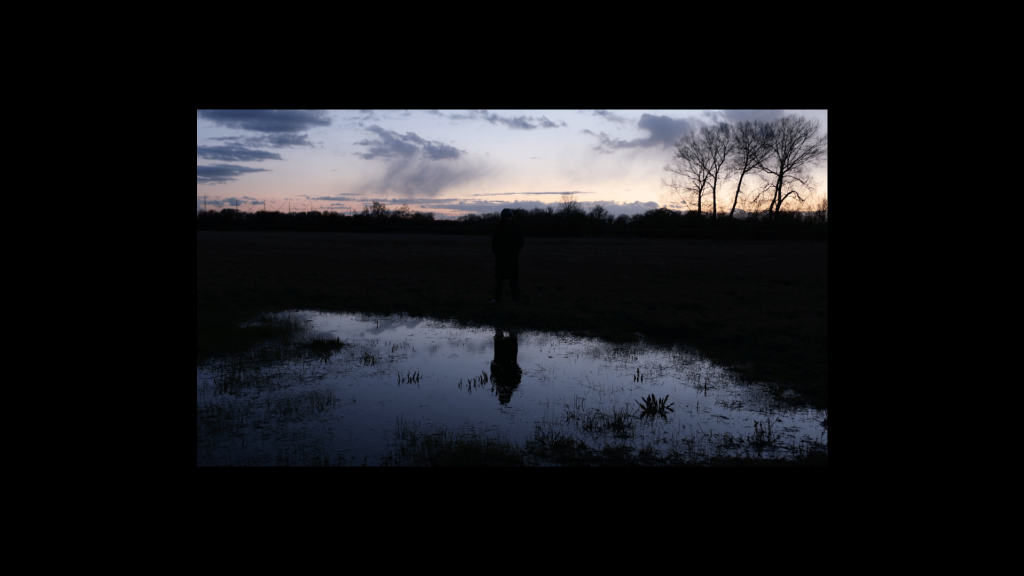 Quirijn Verhoog, from the Amsterdam University Medical Center, receives an honorable mention for ‘Opulent’, in which Verhoog used laboratory data to trigger musical instruments, complex modular synthesis to mimic brain signaling, and created music inspired by concepts within neuroscience. The jury regarded this piece as mesmerizing and unique. They felt transported on a journey through which they viewed nature through uncanny eyes, and praised the clever way in which the music was integrated into the rhythm of the visuals. As the AI method used in this work is employed in neuroscience to model neural responses, the piece was deemed to be ”serving as an artistic mirror in contemporary practice in science”.

Dawn M. Hunter, from department of Biomedical Engineering and Physics from the Amsterdam UMC, was praised for his submission ‘Dueling Cajals’. The work highlights how any scientific process, particularly scientific image-making, can be influenced by a multilayering of cultural and historical factors. The jury admired how diverse periods in time from this historical perspective were weaved into one image, and appreciated the effort that went into investigating the sources that Cajal was exposed to. Dueling Cajals serves as an important reminder for neuroscientists to recognize history and its influence on their work. 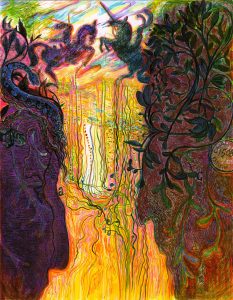 ‘The cerebral fluids and vasculature’ by Daphne Naessens impressed
the jury by its elegant depiction employing traditional painting watercolor techniques. The use of an aqueous medium complements the depiction of the fluid that sustains the brain, creating symmetry between the artistic and neurobiological characteristics of the painting. The jury felt that the simplicity and directedness of gesture, in juxtaposition to contemporary trends that emphasize technological complexity, resulted in a clean and warm image.

Anne Wienand was awarded for the submission ‘On the path of green (science with a light footprint). This image was deemed to be a captivating representation of neuroscience “in the making”. It highlights crucial research in neurodegenerative disease, the value of animal models (which is not frequently addressed in the public eye), and the involvement of high-tech commercial enterprises. The jury was drawn to the image because of its sci-fi aesthetics and eerie color scheme. This color and luminance, as well as the contrast between the frigid technology and the organic living organism, sparks the viewer’s imagination as to how technology, industry, science, and animal models are integrated to address challenges in neuroscience. 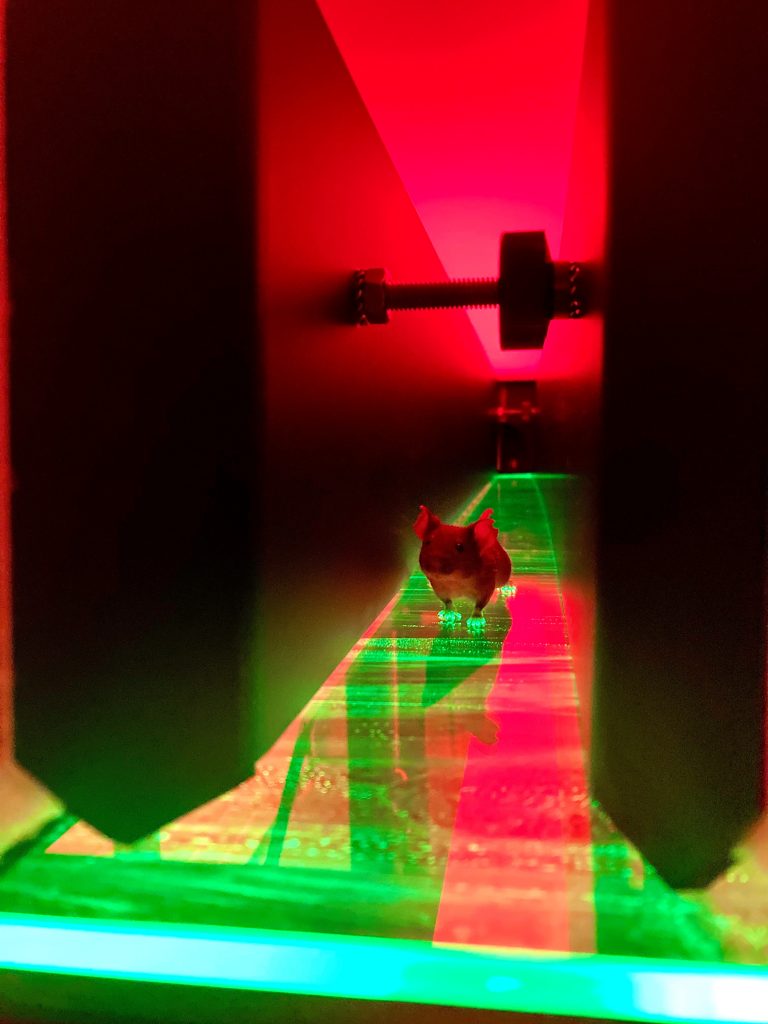 Art of Neuroscience started in 2011 at the Netherlands Institute for Neuroscience as a competition for inspiring and provocative imagery from neuroscience labs. The goal has been to make the research from neuroscience labs more tangible, but also aims for scientists to evaluate their own work from a different perspective. In previous editions it has welcomed artists to also submit work inspired by the brain to stimulate the cross-over between neuroscience and art.

More submissions can be found on the website of the Art of Neuroscience.