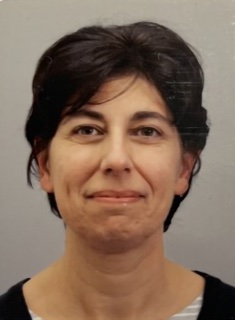 Daniela Carulli’s research is focused on the study of molecular mechanisms of structural plasticity in the brain. Plasticity is the ability of neurons to remodel their connections and is a fundamental requisite for learning and memory as well as recovery after brain damage. Plasticity is heightened during “critical periods” of postnatal development and decreases progressively with age. The plastic capabilities of neural circuits are determined by the balance between extrinsic inhibitory molecules and intrinsic neuronal growth-properties. Defining strategies that allow the targeted modulation of these growth-regulatory mechanisms is crucial to improve plasticity, and, as a consequence, restore cognitive functions during aging or after brain injury.

Growth-inhibitory molecules of the extracellular matrix accumulate around the soma and dendrites of certain neurons during postnatal development, forming so-called perineuronal nets (PNNs). PNN formation contributes to the closure of critical periods for plasticity. The Verhaagen group together with Carulli found that the chemorepulsive axon guidance protein Semaphorin3A (Sema3A) is localised to PNNs, and mediates PNN-mediated restriction of plasticity. Aim of D. Carulli’s research is to elucidate the role of PNN-associatedSema3A in the regulation of cognitive processes, in both physiological and pathological conditions, such as Alzheimer’s disease.